NGC 7592A is a Galaxy in the Aquarius constellation. NGC 7592A is situated close to the celestial equator and, as such, it is at least partly visible from both hemispheres in certain times of the year.

Photometric information of NGC 7592A

The following table reports NGC 7592A apparent angular size. The green area displayed on top of the DSS2 image of NGC 7592A is a visual representation of it.

The image below is a photograph of NGC 7592A from the Digitized Sky Survey 2 (DSS2 - see the credits section) taken in the red channel. The area of sky represented in the image is 0.5x0.5 degrees (30x30 arcmins). 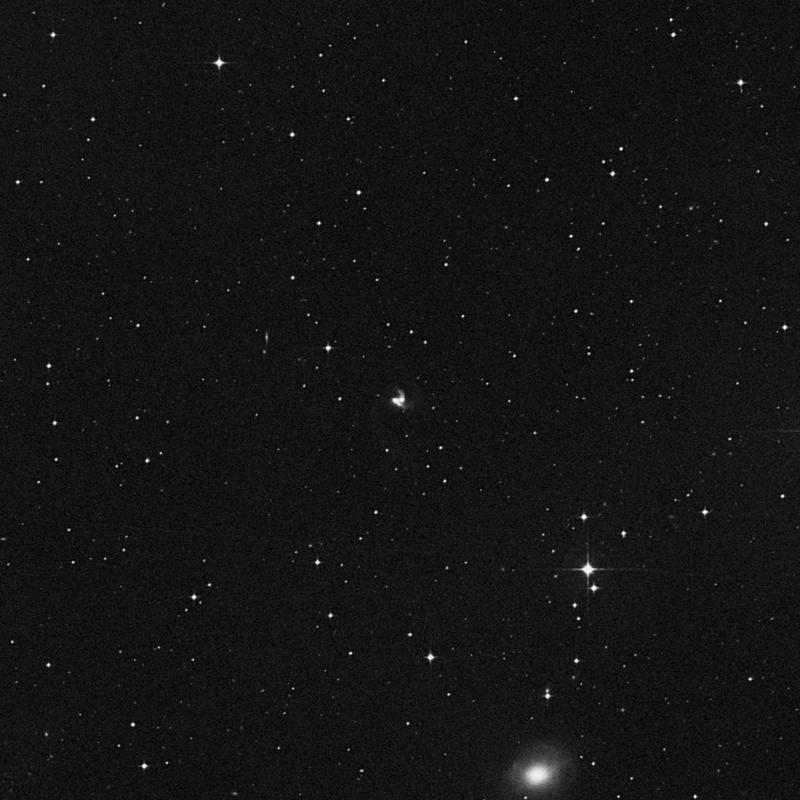 DSS2 image of NGC 7592A in the Red band. The green region on the image is a representation of the major (0.56 arcmin) and minor (0.24 arcmin) axes of the object's apparent size.

Celestial coordinates and finder chart of NGC 7592A

Celestial coordinates for the J2000 equinox of NGC 7592A are provided in the following table: 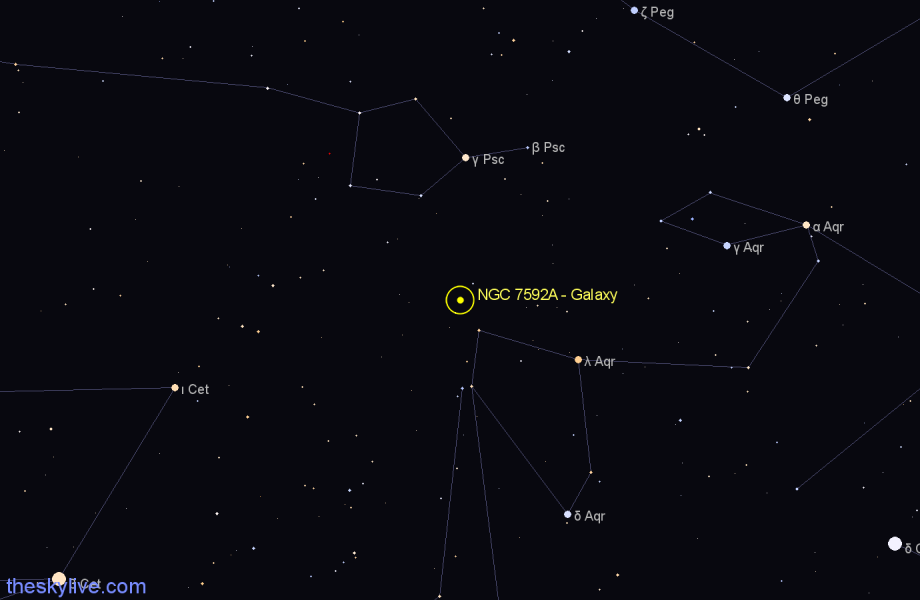 Simplified finder chart for NGC 7592A - Galaxy in Aquarius. 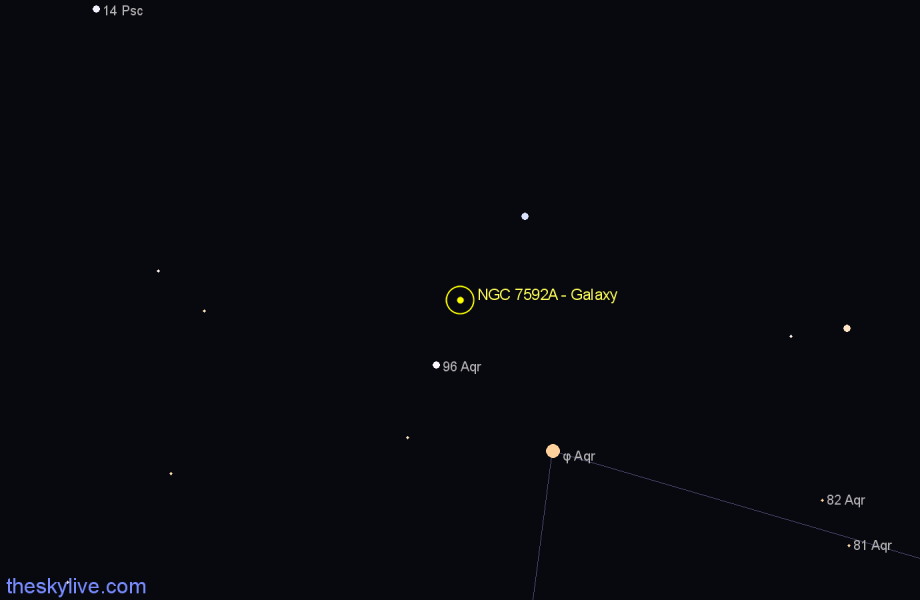 Simplified finder chart for NGC 7592A - Galaxy in Aquarius.

Rise ans set times of NGC 7592A from your location

Today's NGC 7592A - Galaxy in Aquarius rise, transit and set times from Greenwich, United Kingdom [change] are the following (all times relative to the local timezone Europe/London):