Your guide to the Solar System and the night sky
Latest Perseverance Images received 10 hours 23 mins ago for Sol85, Sol84, Sol83, Sol82
Greenwich, United Kingdom [change]
If you find this website useful please consider a small donation that will help covering hosting costs. Thank you!

Below you can see a simplified sky chart showing where Dwarf Planet 2014 UZ224 is right now in the sky with respect to the brightest stars and constellations. More advanced sky charts for Dwarf Planet 2014 UZ224 are available on TheSkyLive: 1) the Online Planetarium which is interactive and allows to select dates and additional objects to visualize; and 2) the Live Position and Data Tracker which provides the highest precision position data and features deep sky imagery from the Digitized Sky Survey. 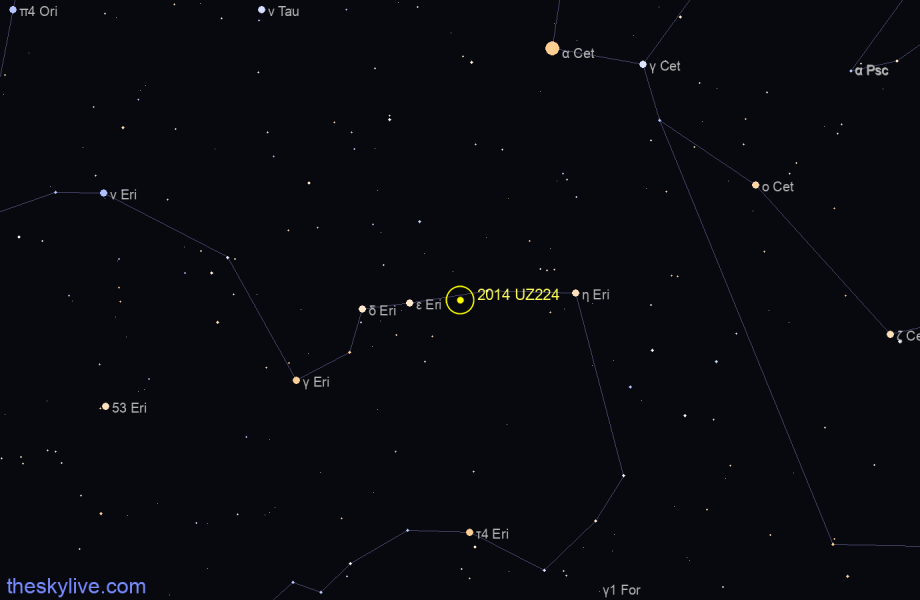