Compute Asteroid 1I/2017 U1 (Oumuamua) ephemerides for any date and time between 01 Jan 1970 and 01 Jan 1970 and display the predicted position in an interactive sky map.

Dwarf Planets and Asteroids » Asteroid 1I/2017 U1 (Oumuamua)

Below you can see a simplified sky chart showing where Asteroid 1I/2017 U1 (Oumuamua) is right now in the sky with respect to the brightest stars and constellations. More advanced sky charts for Asteroid 1I/2017 U1 (Oumuamua) are available on TheSkyLive: 1) the Online Planetarium which is interactive and allows to select dates and additional objects to visualize; and 2) the Live Position and Data Tracker which provides the highest precision position data and features deep sky imagery from the Digitized Sky Survey. 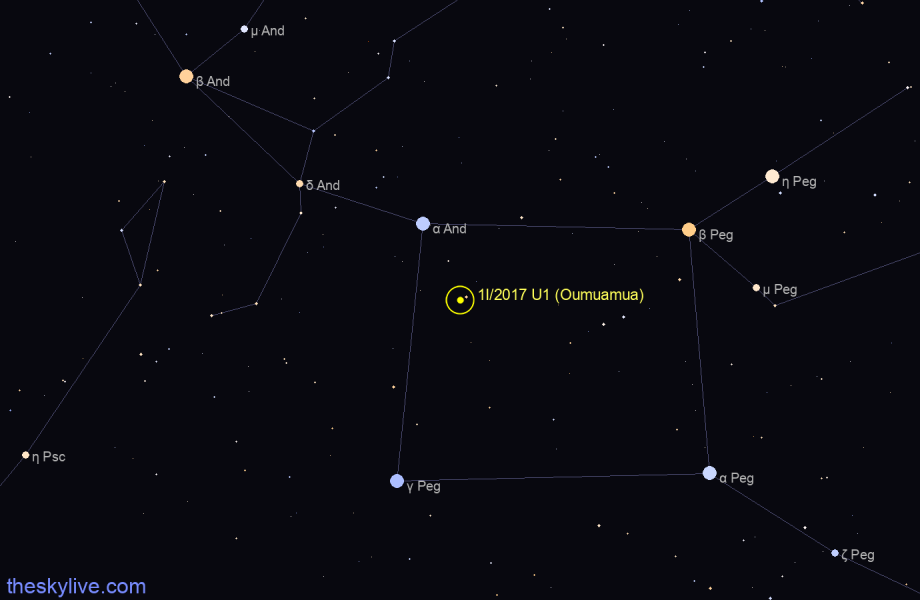