Apus (The Bird Of Paradise) Constellation

Apus (pronounced ˈeɪpəs) is the Latin name of a constellation situated close to the southern celestial pole. As such, it is easilty visible for most part of the year from the southern hemisphere.

Here we provide a simplified sky chart of the Apus constellation. Alternatively it is possible to locate Apus in the night sky using our Online Interactive Planetarium. 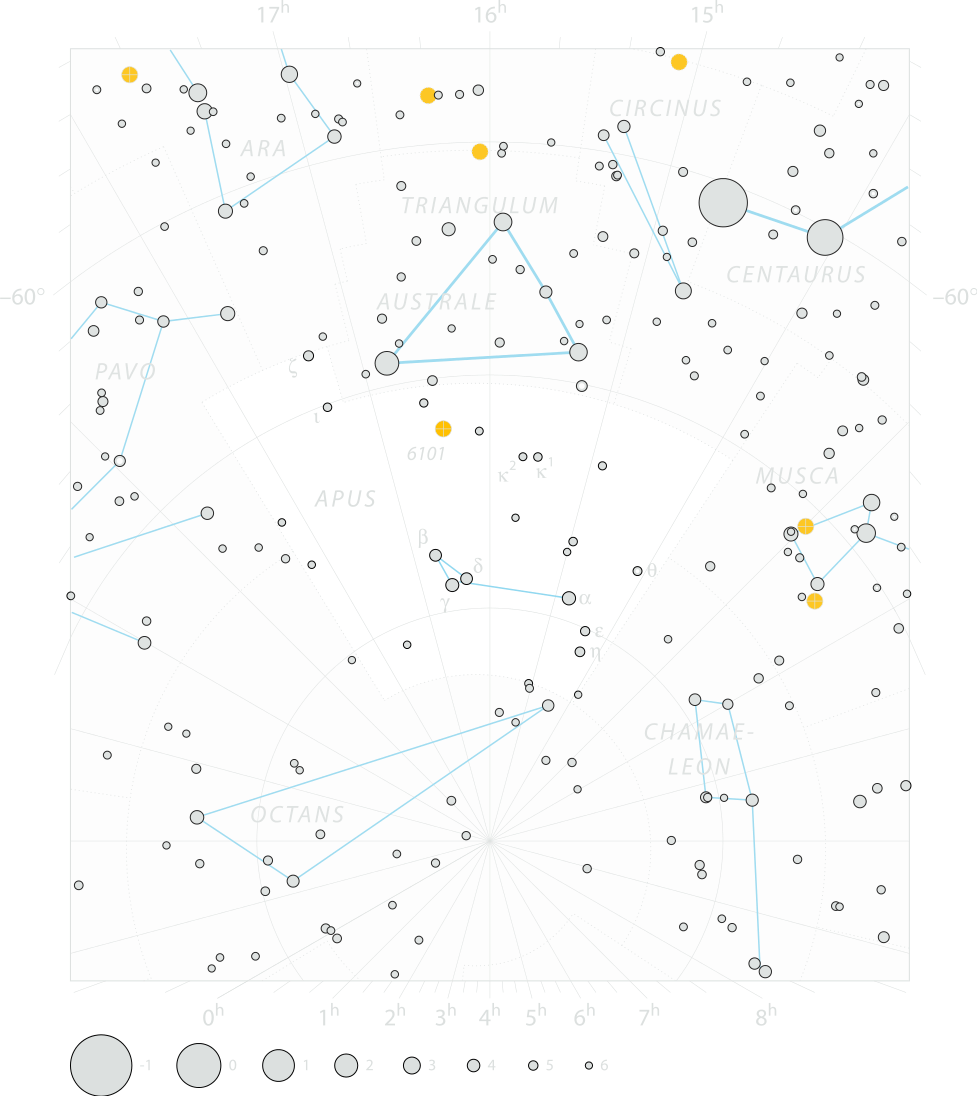 Apus is currently not visible from Greenwich, United Kingdom [change]

The table below lists the top 20 brightest stars in the Apus constellation. See also the complete list of 37 stars brighter than magnitude 6.5 (approximate) in the constellation of Apus. Click on each star to see more details about it.