Serpens (pronounced ˈsɜːrpɛnz) is the Latin name of a large constellation (in fact it extends itself for about 69 degrees across the sky) situated close to the celestial equator. As such, it is at least partly visible from both hemispheres in certain times of the year.

Here we provide a simplified sky chart of the Serpens constellation. Alternatively it is possible to locate Serpens in the night sky using our Online Interactive Planetarium. 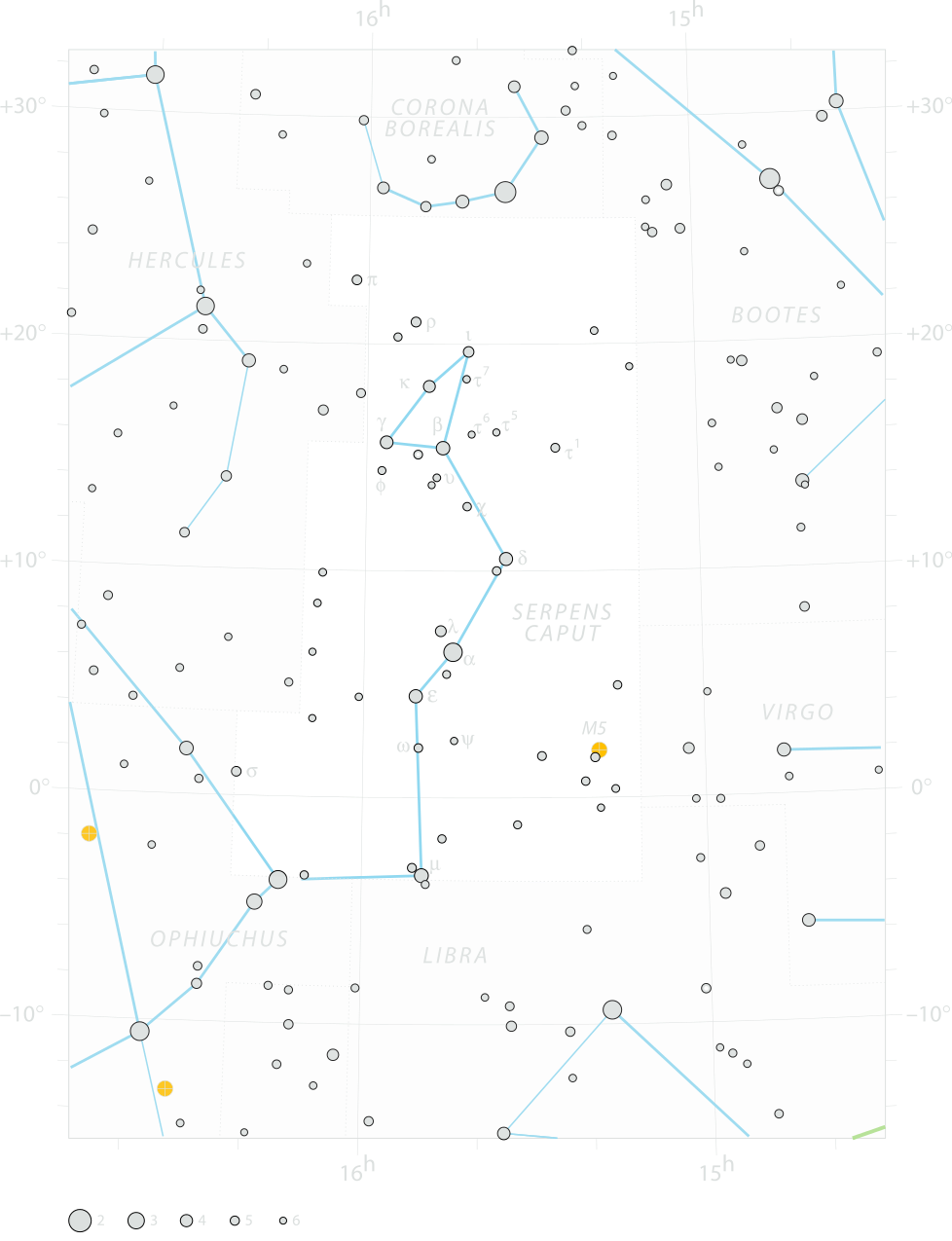 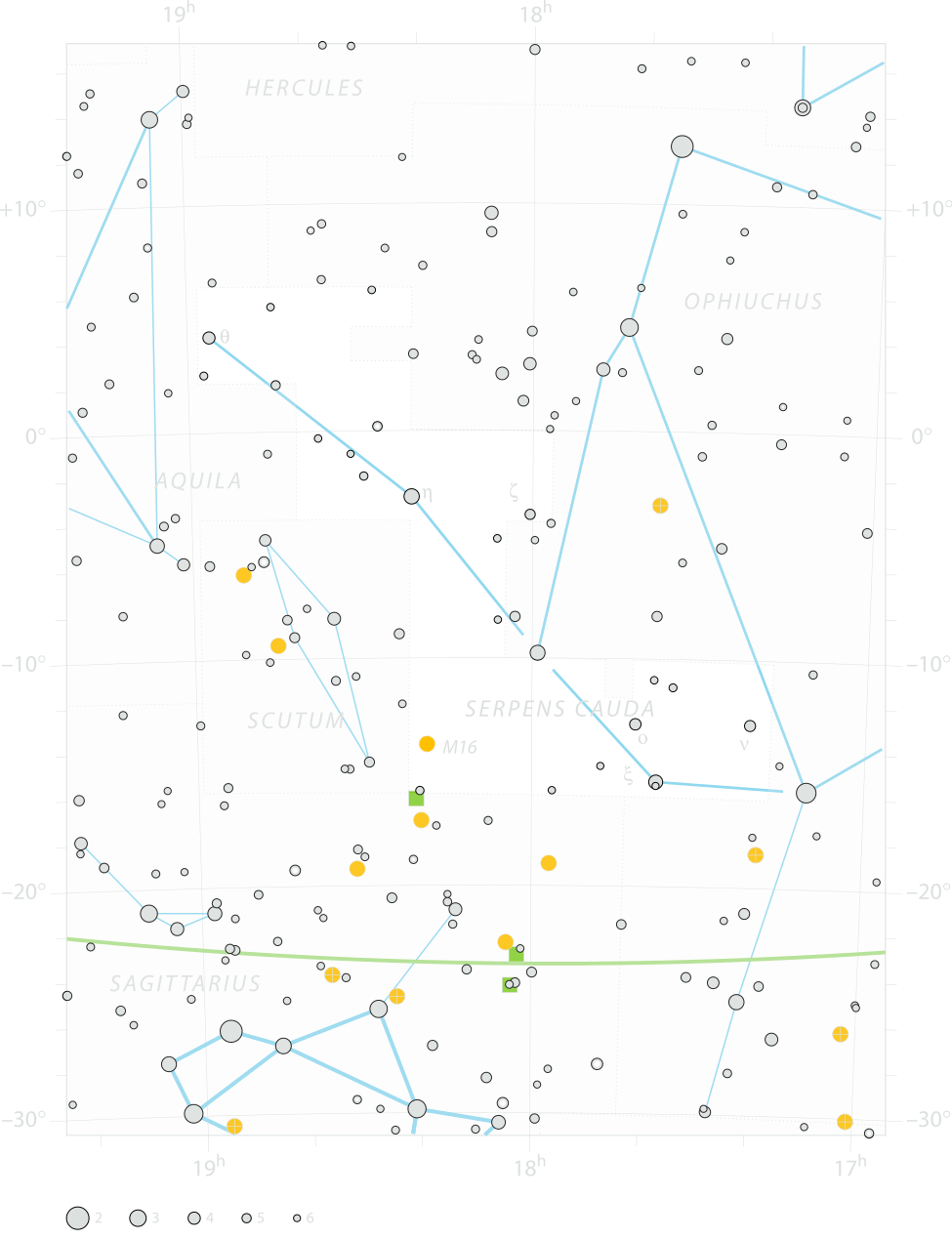 Today's Serpens rise, transit and set times from Greenwich, United Kingdom [change] are the following (all times relative to the local timezone Europe/London):

The rise and set times provided here are just directional indications and they refer to a point approximately placed at the center of the constellation. In case of very large constellations (like Serpens actually is) these times can have little relevance.

The table below lists the top 20 brightest stars in the Serpens constellation. See also the complete list of 113 stars brighter than magnitude 6.5 (approximate) in the constellation of Serpens. Click on each star to see more details about it.