Triangulum Australe (pronounced traɪˈæŋɡjʊləm ɔːˈstræliː, -ˈstreɪ-) is the Latin name of a constellation situated south of the celestial equator. As such, it is more easily visible from the southern hemisphere. 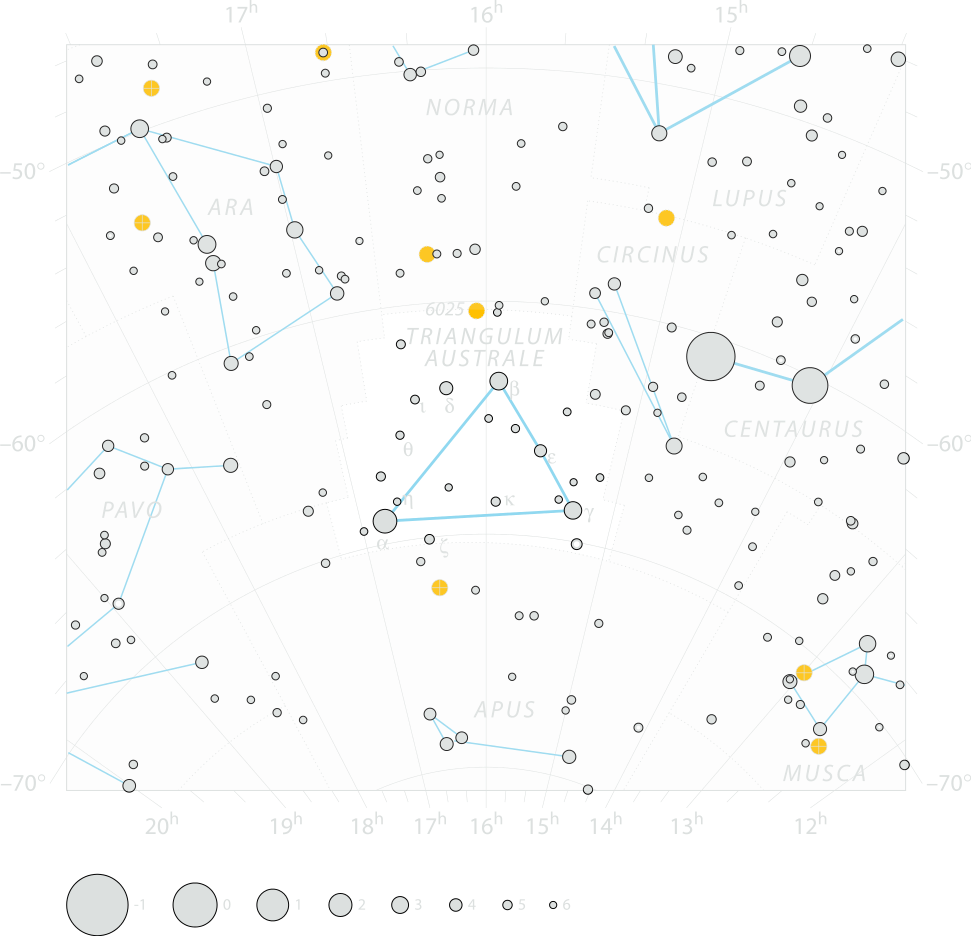