Your guide to the Solar System and the night sky
Latest Perseverance Images received 1 hours 37 mins ago for Sol238, Sol237, Sol236, Sol215
Please help keep TheSkyLive ads-free, DONATE NOW via PayPal!. This site cannot run without your voluntary donations.
Greenwich, United Kingdom [change]
We don't use Ads. If you find this website useful please consider a small donation, it will help covering hosting costs. Thank you!

NGC 2957 is a Galaxy Pair in the Ursa Major constellation. NGC 2957 is situated close to the northern celestial pole and, as such, it is visible for most part of the year from the northern hemisphere.

The following table reports NGC 2957 apparent angular size. The green area displayed on top of the DSS2 image of NGC 2957 is a visual representation of it.

The image below is a photograph of NGC 2957 from the Digitized Sky Survey 2 (DSS2 - see the credits section) taken in the red channel. The area of sky represented in the image is 0.5x0.5 degrees (30x30 arcmins). 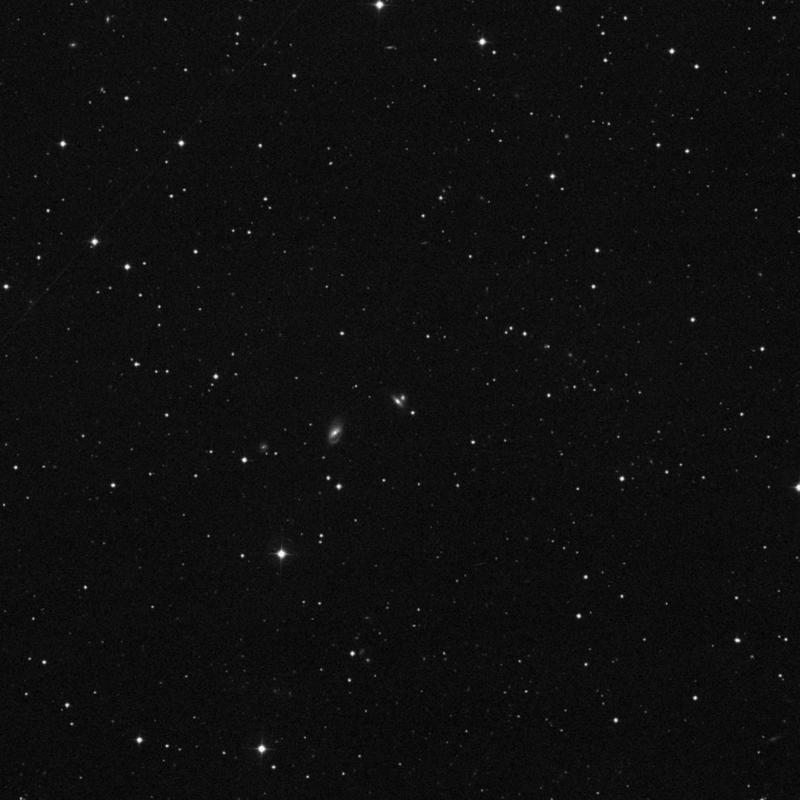 DSS2 image of NGC 2957 in the Red band. The green region on the image is a representation of the major (1 arcmin) and minor (1 arcmin) axes of the object's apparent size.

Celestial coordinates for the J2000 equinox of NGC 2957 are provided in the following table: 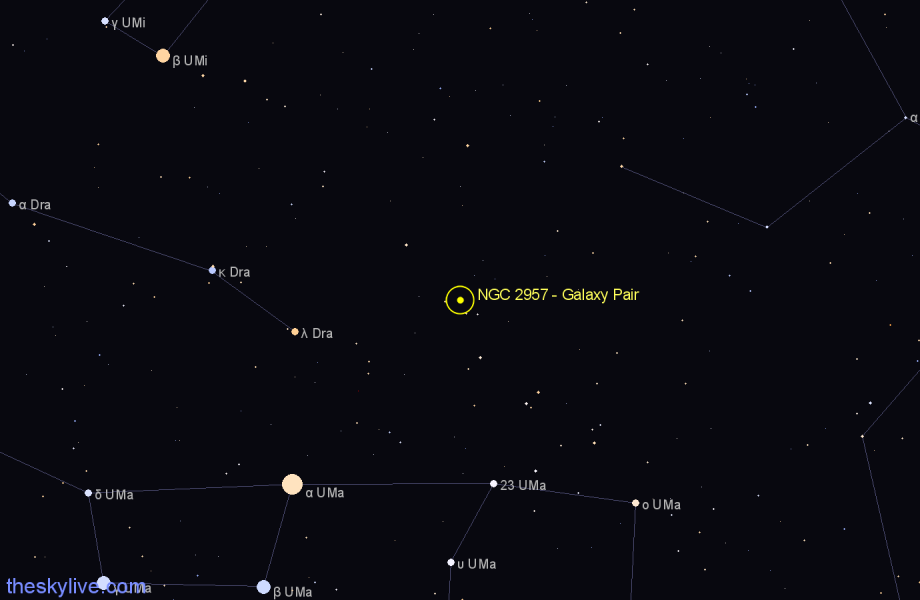 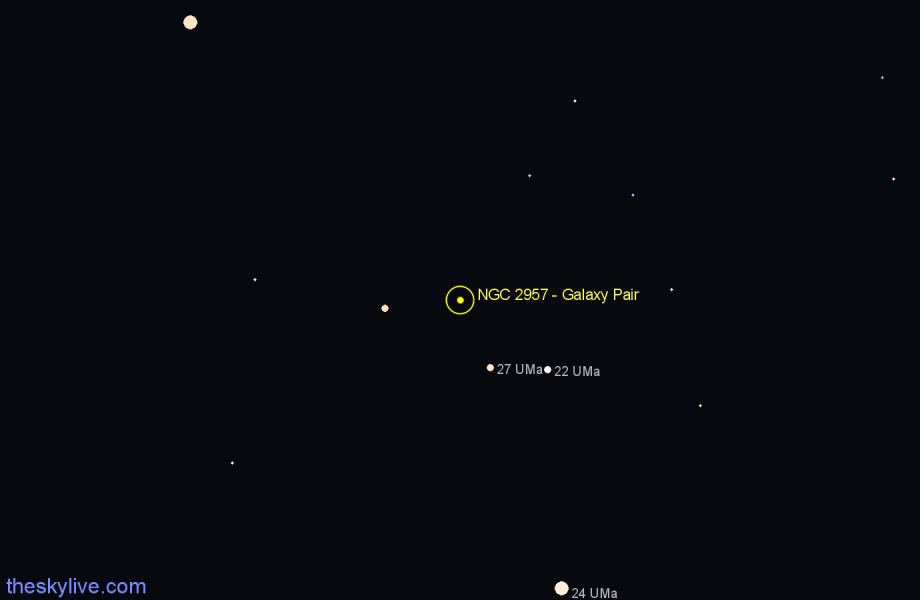 Rise ans set times of NGC 2957 from your location